When building with her lego blocks, the little-one sometimes gets bored of building similar things. When that happens, she requests me to build something for her, perhaps looking for something new. A new perspective, maybe.

Today, she diligently waited until I finished my dinner. I was a bit surprised. She sat right there waiting. When there were some phone calls I had to answer right after that, she waited further with patience - pacing back and forth with me whilst I spoke on phone. This followed with the usual questions by her - "Who did you speak with?", "What did they ask?".

Watching Cricket today was like the old times. Whether or not India wins, the World Cup sure has taken me back to Cricket nostalgia. Somewhere between all this, I just remembered how my own website started as a blog to write about Cricket back then - around 10 years back. It had started out as a little set of HTML pages on Geocities (a service that was provided by yahoo). I had this huge fan page just about Jammy (Rahul Dravid) and much of the website was mainly about Cricket. It was those Cricket crazy days.

Topics
Cricket
Bangalore
IPL
Malya
Royal Challengers
Dravid
When much was said about Malya's Royal Challengers team being a test team, there could have been some immediate damage control. Instead the team composition sailed half way through the tournament tasting flops with the likes of Joshi (!!), AnilKumble (!) and Kallis. They might be classy cricketers, but the lack of aggression in a T20 scenario is conspicuous. Was it Dravid's overconfidence that did them in? With due respect to Joshi, Kumble or even Kallis, Boucher duo from SA, one would wonder whether they really are aggressive enough in T20 scenario.
Topics
Cricket
Television
Sports
We keep hearing that Cricket telecast elsewhere in the world have less ads than in India. Ads between every over might sound crazy, but this might just be good in a way. Watching TV without breaks might strain the eyes, but telecast with commercial breaks every over? you might be keeping the remote at your hands reach pressing the mute button every now and then (which is good exercise, btw), and taking your eyes and mind away for something else that lessens the strain while also giving you a chance to get out of the addiction and switch off the TV set!
Topics
Cricket
India
npower test series
Anil Kumble 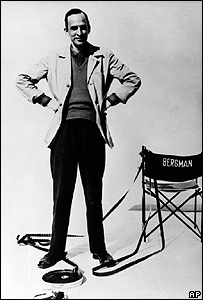 We were in a discussion today when an SMS informed us about [:http://news.bbc.co.uk/2/hi/entertainment/6921960.stm|Ingmar's death]. The discussion suddenly took the backstage and SMSes flowed in and out of mobile phones. A film student friend of mine wore a sorrow look on his face and while he tried to SMS the sad news to other friends, his hands were shaking.
Siphon Taufel hpn July 29, 2007 - 15:49
Topics
Cricket
Simon Taufel
Sachin Tendulkar
Saurav Ganguly For many Indian Cricket fans, a nice Sunday evening of watching good Cricket was spoiled by two utterly bad decisions by the umpire. The decisions came ironically from [:http://content-ind.cricinfo.com/ci/content/player/7918.html|Simon Taufel] who is regarded as the best umpire in International Cricket. Sachin Tendulkar lost out yet again on (yet another) century.
Chak de India! hpn July 27, 2007 - 19:57
Topics
Cricket
India
Zaheer Khan
Rahul Dravid
Harsha Bogle in a quite classic remark spoke on the telecast today that "This could become an anthem if they keep playing like this". It is the new marketing jingle "Chak De India" being played (quite often) on Start Cricket these days that he was referring to.
On What sets them apart hpn July 27, 2007 - 09:51
Topics
Cricket
Tendulkar
Gavaskar
Tendulkar may drive a Ferrari, [:http://timesofindia.indiatimes.com/Tendulkars_aura_proves_too_much_for_…|get queued by stars for autographs], but what sets the likes of Gavaskar and Ponting apart as legends in their own way seems to be the match winning ability.
Subscribe to Cricket